Murder at BYU: A finding guide to and annotated bibliography of murder mysteries in the Harold B Lee Library at BYU involving universities, colleges, professors and/or students: Guides to Writing Your Own Mystery

An annotated bibliography of professor-, student-, college- or university-based murder mystery fiction or literature in the Harold B Lee Library (HBLL) at BYU.

Guides to writing your own murder mystery (arranged chronologically by publication date):

Keating, HRF.  Writing Crime Fiction.  London:  A & C Black, 1986.  From the back cover:  "HRF Keating identifies and analyses the classic detective story of the 1920s and 30s, with its modern variations, and discusses the American tradition of crime writing, novels of suspense, comic crime and many other subgenres.  He writes with a disarming breadth of knowledge, providing help with the essnetial questions of fictional structure, building plot and characters, creating tension, maintaining momentum and resolving the mystery.  There is useful adivce, too, on submitting a mansucript to pubishers.  Mr Keating is one of Britain's leading crime novelsits.  Probably best known for his Inspector Ghote novels, he was for many years crime books critic for The [London] Times.  He is president of the prestigious Detection Club, in succession to Dorothy Sayers, Agatha Christie, and Julina Symons."  Call number:  PN 3377.5 D4 K43x 1986.

Chase, Elaine Raco and Anne Wingate.  Amateur Detectives:  A Writer's Guide to How Private Citizens Solve Criminal Cases.   Cinicannati:  Writer's Digest Presss, 1996.   Part of the "Howdunnit Series".  From the rear cover:  "Your character's no cop.  But then came the crime.  Police missed clues.  Soneone had to act.  Before you could say 'Don't move!' your protangonist began nosing around.  Readers loe it.  They identify with your sleuth and race you to the solution.  Let Amateru Detectives jhelp yo write an exciting chase. ..."  Ms Chase is the author of Dangerous Places and 14 other novels and lives in Fairfax, Virginia.  Ms Wingate has a PhD and has worked in law enforcment as a certified fingerprint expert.  She teaches at the University of Utah Law School and lives in Salt Lake.  Call number:  PN 3377.5 D4 C55 1996.

Ephron, Hallie.  Writing and Selling Your Mystery Novel:  How to Knock 'Em Dead with Style, Cincinnati:  Writer's Digetst Books, 2005.  248 pp.    From the back cover:  "With the help of interactive excercises, mystery author and crime fiction critic Hallie Ephron [sister of the late movie screen writer and director ("You've Got Mail") Norah Ephron] gives you the momentum you need to turn a kernel of an idea into an intriguing mystery novel. ... 'The best how-to guide I have ever seen--I just wish I could have read it ten years ago'--Lee Child [author of the Jack Reacher sereis]."  Ms Ephron is co-author of the Dr Peter Zak mystery series by GH Ephron.  She reviews crime fiction in a monthly column for The Boston Globe.  Past president of the New Engalnd chapter of Sisters in Crime and amember of the Mystery Writers of American, Ms Ephron chaird the 2003 judging committee for the Edgar award for the best short story.    She lives in eastern Massachusetts near Boston. Obtain through InterLibrary Loan (ILL).

Dabala, Jacek.  Mystery and Suspense in Creative Writing.  Zurich:  LIT Verlag, 2012.  Volume 7 of International Studies in Hermeutics and Phenomenology.  From the back cover:  "[This book] presents a systematic analysis of a very importnat aspect of writing by integrating it with journalistic, media, and communciation studies.  The author examines the specific rules for creating intrigue and suspense, and confronts their universal features with selected literary texts.  The individual texts emphasize the importance of understanding the emotions through transformations of various archetypes.  The rules postulated by creative writing for building drama and tension in such texts often deal with this profound issue.  They are thus not an end in themselves, but actually lead to more mature writing.  Therefore, they essentially contribute to developing one's creative taleant and communication skills.  The paradigm of creative writing serves to shape the creativity of students of various disciplines, including not only literary studies and journalism, but also such diverse areas as medicine and information technology.  Mr Dabala [is] professor  and head of Media Workshop and Axiology Department at the Institute of Journalism and Social Communication [at] the John Paul II Catholic Univeristy of Lublin, [Poland]."  Call number:  PN 3377.5 D4 D33x 2012. 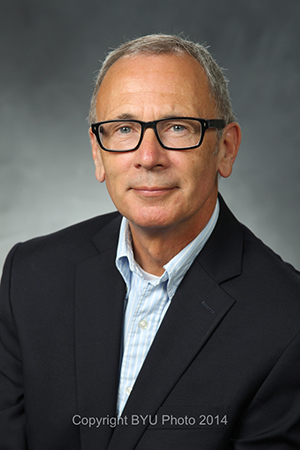