To begin, use some of the Background reference sources (encyclopedias, dictionaries, handbooks, guides, etc.) to help you understand concepts or ideas, get inspiration for your paper topic, find sources to use in your research, and find other background information.

Then search for books, articles, images, etc. using the indexes and databases listed in this guide.

Get help with your research from the Humanities Reference staff on level 5 of the library. You can visit them in the Lee Library, or contact them via email, telephone, or instant message.

1.     Using at least five works of your choice, discuss the epistemological issue of truth and appearance in Greek and Roman art, philosophy, and literature. That is, what is the relationship between phenomena (what is seen) and knowledge, and how is this relationship expressed in these works? That is, how do these works represent and explore the problem of knowing? *Caveats: you must include Plato’s Allegory of the Cave in the Republic and two of the five works must not have been discussed in class.

2.     Discuss in depth the problem of truth and appearance in the Odyssey (or Oedipus Rex), considering some relevant Greek concepts such as the dissoi logoi, anagnorisis, etc. (see A Greek Glossary of Literary Terms).

3.     Discuss Plato's dialectical epistemology in the allegory of the cave in the Republic (or Aristotle’s epistemology).

4.     Discuss the function of pietas (loyalty) in Laocoon and His Sons (or in Virgil's Aeneid; or both).

5.     Discuss epistemology and the Minotaur myth in the Temple of Knossos (or legend of the Sphinx in Oedipus Rex). How do these monsters both guard and reveal knowledge?

6.     Explore Sappho’s unconventional notion of love (as a person to person choice) as against the social constructions of gender, hierarchy, and marriage in Classical Greece.

7.     Discuss the problem of love and rape in Ovid’s Metamorphoses and/or Amores.

8.     You are welcome to propose your own topic, if there is an issue that you would like to pursue. 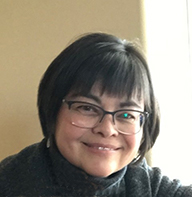