About the Japanese Rare Book Collection 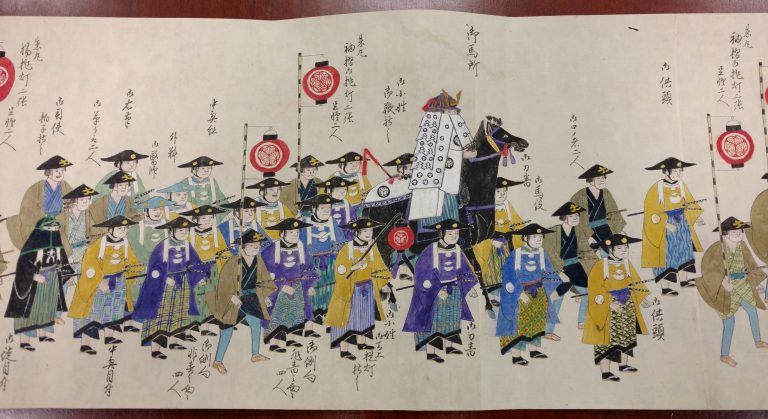 When the Harold B. Lee Library purchased approximately 300 Japanese rare books and manuscripts from San Francisco book dealer David B. Magee (1905-1977) as part of a larger acquisition in 1965, no one imagined just how unique and significant the collection would be. Spanning from the eighth to the early twentieth century, it includes early examples of printing in Japan, rare maps, and one-of-a-kind scrolls and manuscripts.

The collector who brought these items together was Harry F. Bruning (1886-1975), an attorney and real estate developer from Oakland, California. Bruning’s careful collecting of Japanese material focused on several themes, including important examples in the history of printing and illustration, Japanese foreign relations, Nagasaki and Yokohama, illustrated books, and warrior history. The Lee Library was able to catalog the collection in the late 1980s, but recent work by BYU faculty and students has brought new information about these items to light, resulting in improved catalog descriptions and exhibits to facilitate access to this fascinating material.