A guide to resources for the study of China

Introduction to this Page

This page is a work in progress. Expect regular updates as we seek to improve its format and content. The purpose of the page is to provide a database in which different topics of Traditional Chinese Medicine can be explored.

Books to Help with Historical Context

For your Chinese to English, English to Chinese, and Chinese to Chinese dictionary needs, I recommend that you download the Pleco App to your device. There are many excellent features and dictionaries that can be purchased within the App. For example, Paul W. Kroll's A Student's Dictionary of Classical and Medieval Chinese (SCM) is the best single volume dictionary for help with reading pre-modern Chinese texts, including medical texts.

A excellent online dictionary for looking up individual characters, words, phrases, and idioms (chengdu 成語). Includes Chinese to English; Chinese to Chinese; and German and French translations for many terms. It also incorporates definitions from the Kangxi Dictionary 康熙大辭典 and the Shuowen jiezi 說文解字 from the Han era.

Good online Chinese/English or English/Chinese dictionary. Also includes pronunciation, tone markers, and links to sample sentences. The translation feature allows you to work with blocks of text rather than single characters or words. 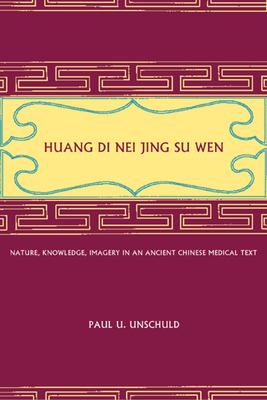 An ancient Daoist philosophy that states that the universe is governed by the balance and interconnection between two fundamentally opposite entities, Yin (dark, chaos, night, cold, etc.) and Yang (light, order, day, warm, etc.). TCM teaches that in order to maintain health and vitality, one must establish balance and harmony between Yin and Yang within their own bodies and minds. 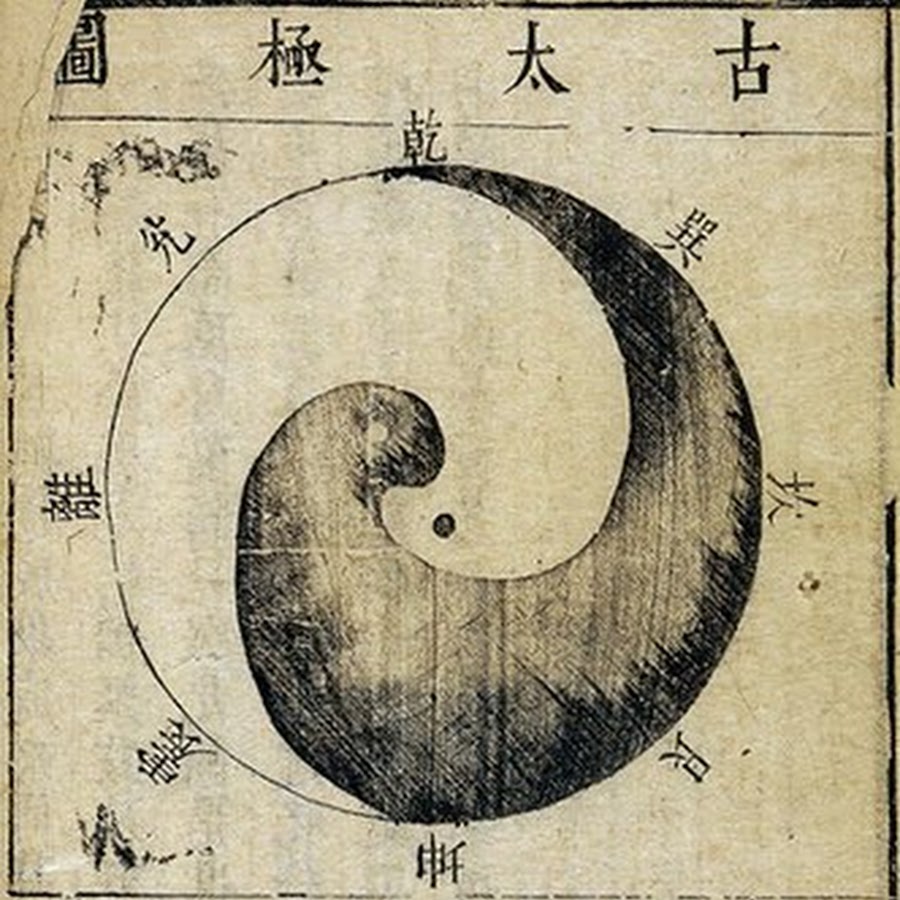 Yang and Yin: A novel of an American doctor in China

Yinyang: The way of heaven and earth in Chinese thought and culture

Yin and Yang give rise to Qi, which is the vital life force that enables life and connects everything in the universe. The flow and balance of Qi is ultimately what determines one's health. If the flow of Qi is obstructed, or if the levels of Qi are unbalanced, then various mental and physical ailments can arise.

The Three Functional Entities (1; Five Vital Substance, 2; Zang Fu Organs, 3; Jing Luo Meridian Channels) are a collection of various Yin and Yang systems in the body that influence the flow of Qi and determine one's health.

The Five Vital Substances are the building blocks of life and play a vital role in maintaining health and balance within the body. They can be either physical/material or non-physical/immaterial.

A collection of five Zang (Yin) and six Fu (Yang) organs. The primary function of the Zang Fu organs is is to produce and regulate the levels and flow of Qi in the body.

脏腑标本虚实寒热用药式》对中医肝系疾病临床用药的指导作用 / Principles for Formulating Prescriptions Based on Zang-Fu Organs

A network of twelve interconnected meridians that link Zang Fu organs to the rest of the body and serve as channels through which the five vital substances, especially Qi and Xue, can flow. The meridians also serve as the location where acupuncture and other healing practices are applied.

A fivefold philosophical idea that is found throughout Chinese thought. This theory was used by Chinese healers to explain the interdependence of the Zang Fu organs and to classify the physical and mental processes as well as states of being. 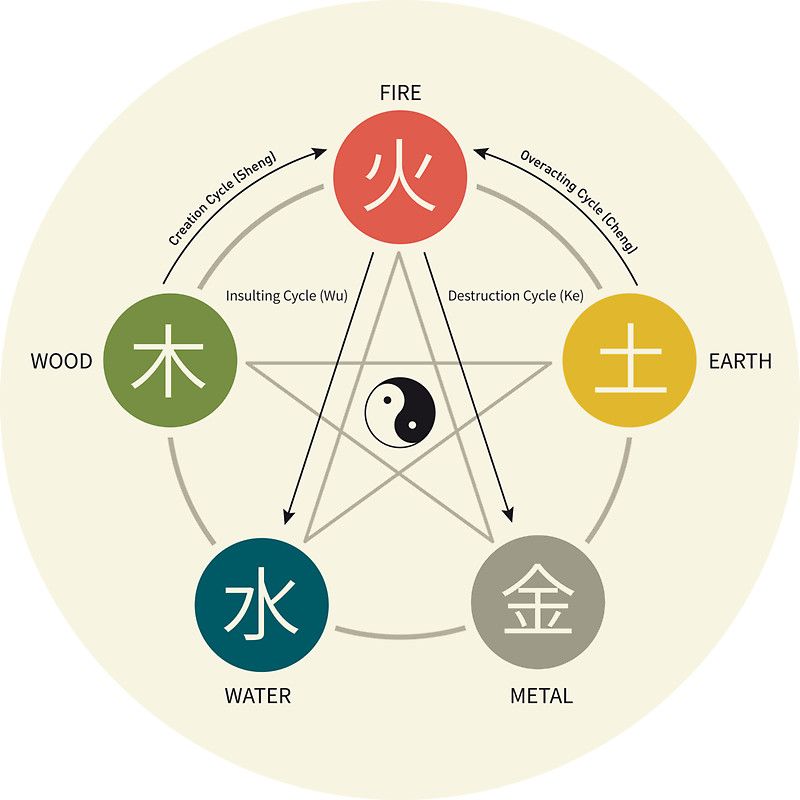 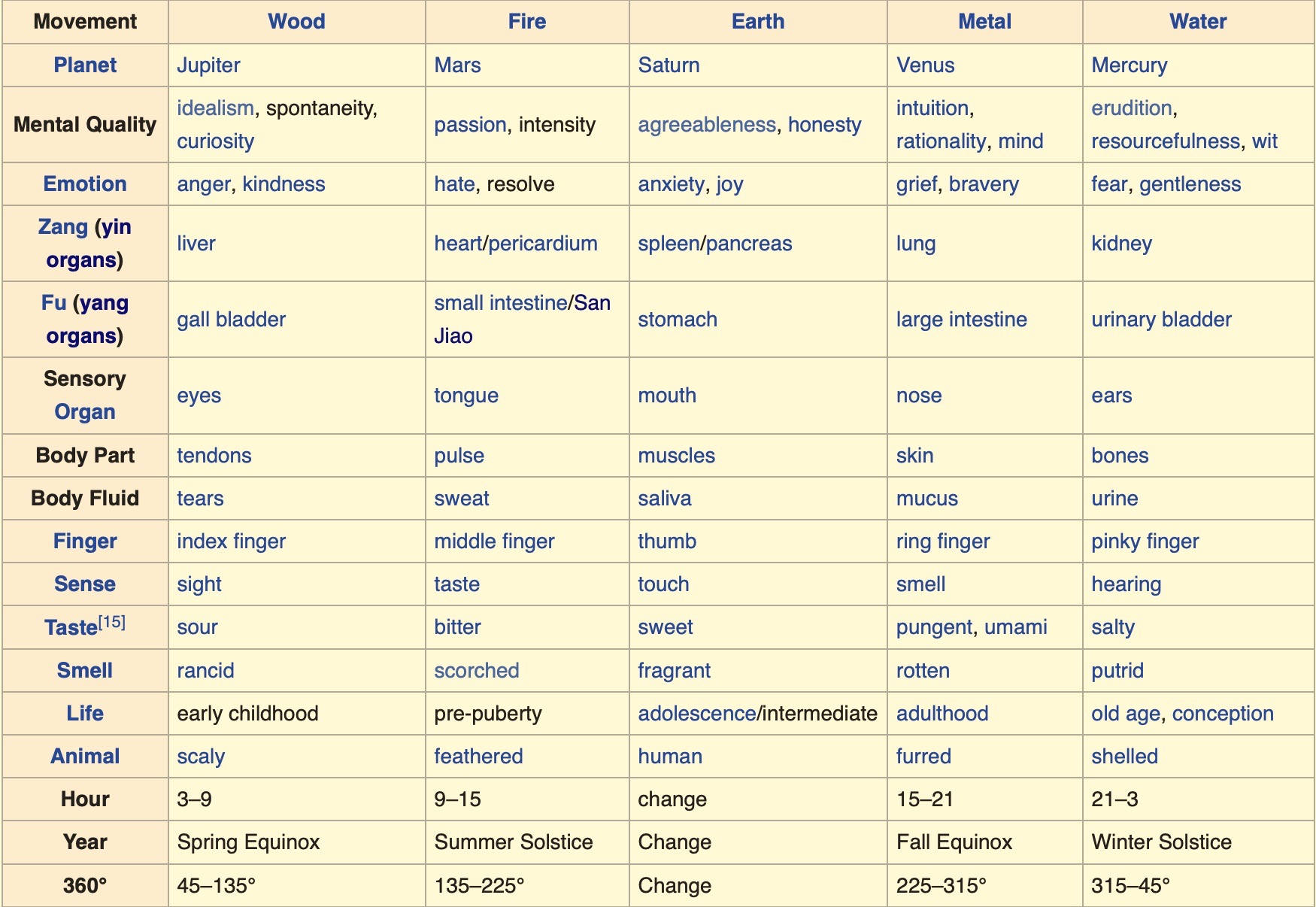 Uses of the five elements in East Asia

The process of determining the pattern of diagnosis begins with an evaluation of an illness based on the Eight Principles. These principles describe the characteristics of a disease.

Five methods that are used to evaluate the health and wellbeing of someone, as well as diagnose a disease.

1. Inspection (;) Analysis of the appearance color, shape, and size of the face and particularly the tongue.

4. Inquiry (;) Asking the patient a series of questions in order to assess their state of health and wellbeing.

5. Palpation (;) Assessing the pulse of various parts of the body.

WHO西太区与世界中医药学会联合会中医名词术语国际标准比较研究: 八纲辨证(一) / WHO Syndrome Differentiation According to Eight Principles (Part one)

Acupuncture involves the insertion of needles into the superficial layers of the skin at various acupuncture points around the body. This is done to influence the flow of qi, restore balance to Yin and Yang, reduce pain, and treat disease. 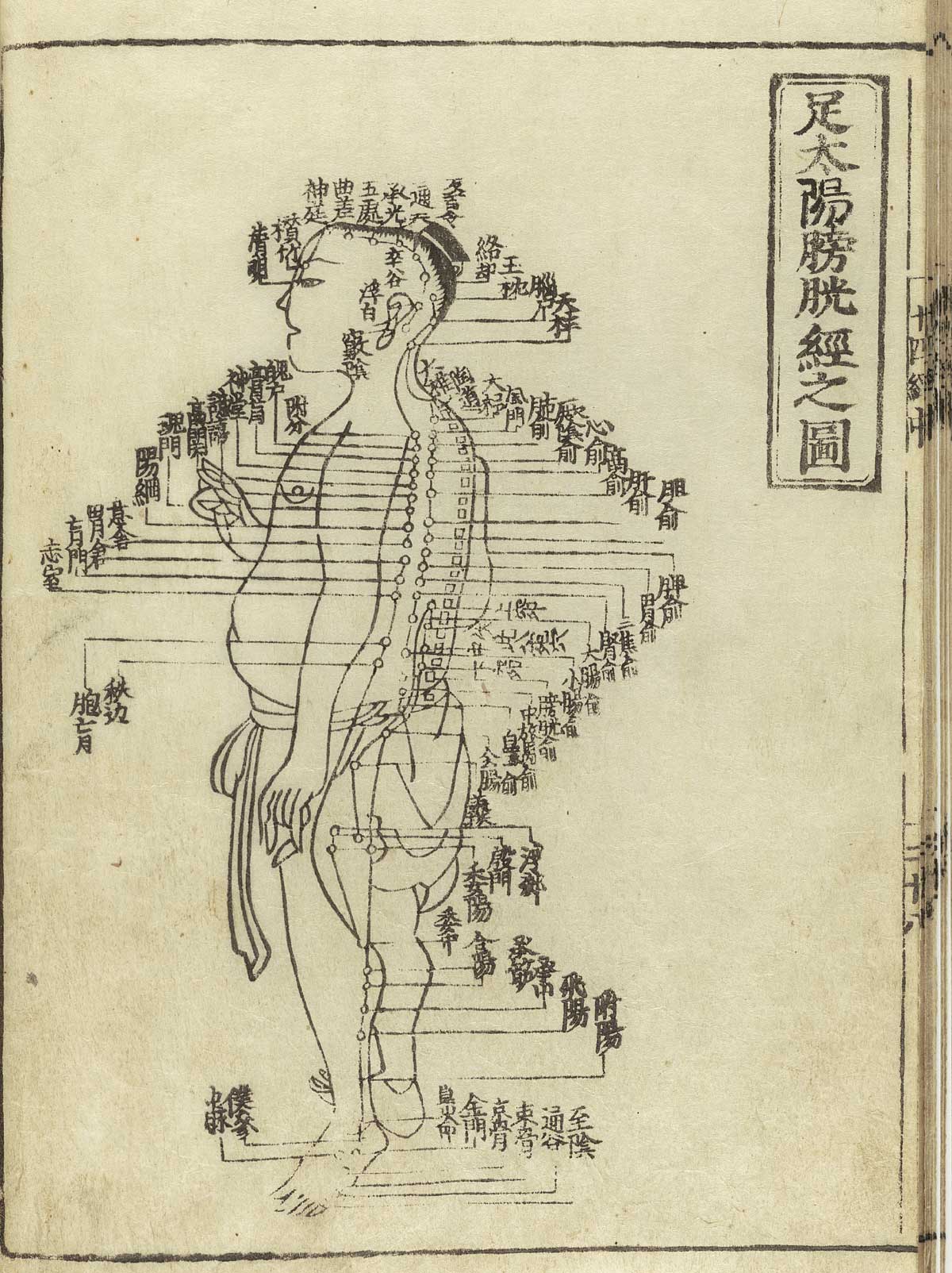 An Outline of Chinese Acupuncture

The story of Chinese acupuncture and moxibustion

Acupuncture for Insomnia : Sleep and Dreams in Chinese Medicine

Herbal Medicine accounts for the majority of of treatments in TCM. It consists of using herbs, animal, and mineral materials in order to treat various physical ailments and facilitate the proper balance of Yin and Yang and flow of qi. 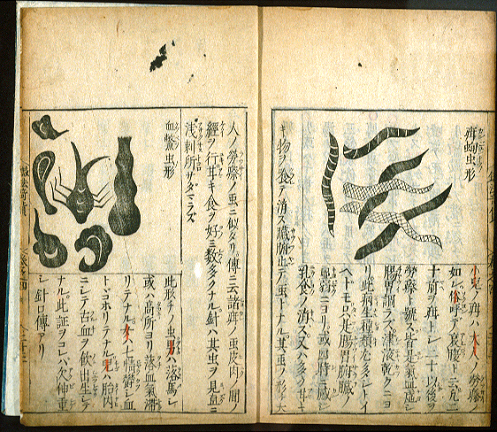 Tui Na is a form of massage therapy that involves applying pressure and manipulating the skin and muscles at acupuncture points around the body. Tui Na is used to restore harmony in the body's Yin and Yang and manipulate the qi in acupuncture channels. It is commonly referred to as "acupressure" because it is very similar to acupuncture, but uses pressure and massage in place of needles. 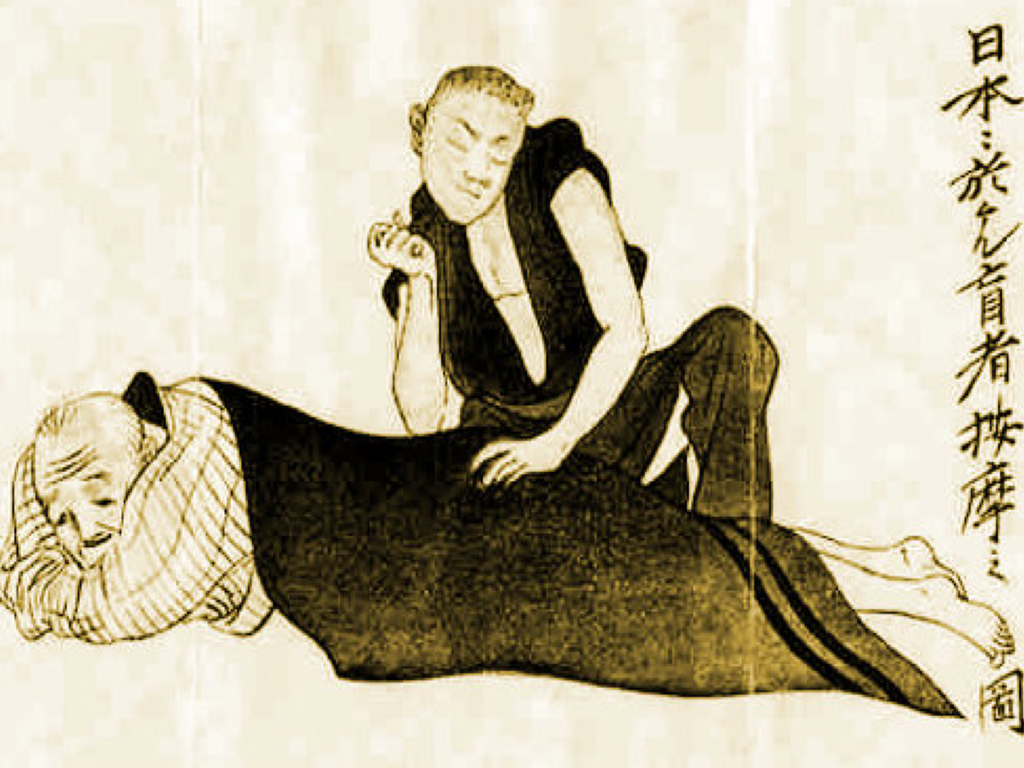 The practice of Tui Na Principles, diagnostics and working with the Sinew channels

Gua Sha is a treatment that involves using a tool to scrape people's skin in order to produce light bruises called petechiae or sha. It is believed that the increased blood flow to the agitated areas can reduce blood stasis (unhealthy pooling of blood) and restore balance to one's qi.

Moxibustion is a form of heath therapy that involves burning dried herbs (like mugwort) on or very near to the skin. Practitioners use this treatment to  warm the body's meridian points in an attempt to manipulate the flow of blood and qi. It is often used to treat diseases brought about by the cold or  an excess of Yin or deficiency in Yang. The story of Chinese acupuncture and moxibustion

Qi Gong is a system of exercises, coordinated movements, breathing, and meditation that is believed to facilitate the cultivation and balance of qi, or vital life source. There are two main types of Qi Gong: 1) Wai Dan. Involves external, physical movements. 2) Nei Dan. Involves internal reflection and meditation. 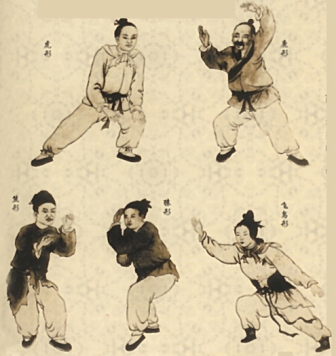 Cupping therapy is believed to influence the flow of qi and restore balance to Yin and Yang in a similar way to acupuncture and Tui Na. In practice, a heated cup or open sphere is placed on the skin and as the pressure drops within the cup, suction is created and this suction pulls on the skin. 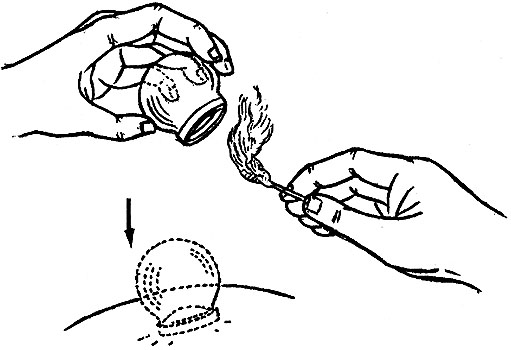 It is believed that irregular consumption of particular foods can contribute to imbalances in Yin and Yang and ultimately disrupt the flow of qi. Certain foods are said to be derived from Yin and others from Yang, and in order to maintain one's health and qi, it is important to eat a balanced diet. 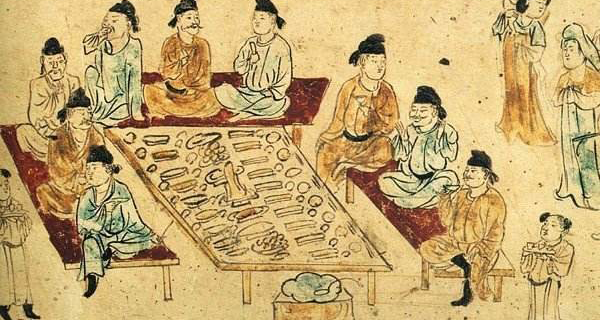 The earliest written records in Chinese History date back to the Shang Dynasty, which, according to legend, began when a tribal chief named Tang defeated the Xia Dynasty, which in 1600 B.C. was under the control of a tyrant named Jie.

The earliest found writings of Chinese Medicine – on pieces of tortoise shells and bone date back to the Shang Dynasty (15th to 11th centuries BC).

The Han Dynasty ruled China from 206 B.C. to 220 A.D. and was the second imperial dynasty of China. Though tainted by deadly dramas within the royal court, it is also known for its promotion of Confucianism as the state religion and opening the Silk Road trade route to Europe, permanently altering the course of Chinese history. Han Dynasty art and inventions like paper still influence the world today.

Foundational Chinese medicine texts date back to the Han Dynasty (206 BCE to 220 ACE). These ancient writings describe a medicine that focused on the circular movement of qi (氣, qì, pronounced “chee”, air or vapor) and xuè (血, “shui”, blood). Ill health is understood as stagnation, deficiency or the improper movement of qì or xuè, and may result in an imbalance of yīn（陰）and yáng (陽).

In the 19th century, Chinese people migrated to the United States to work on the transcontinental railroad and the California Gold Rush. With them came Chinese medicine, which was then practiced exclusively in Chinese communities. In China in the 1950’s and 60’s, the Chinese government codified Traditional Chinese Medicine, which had formerly been practiced by local healers who had verbally passed their knowledge on through generations. Chinese medicine remained relatively unknown to the American public until the early 1970’s. 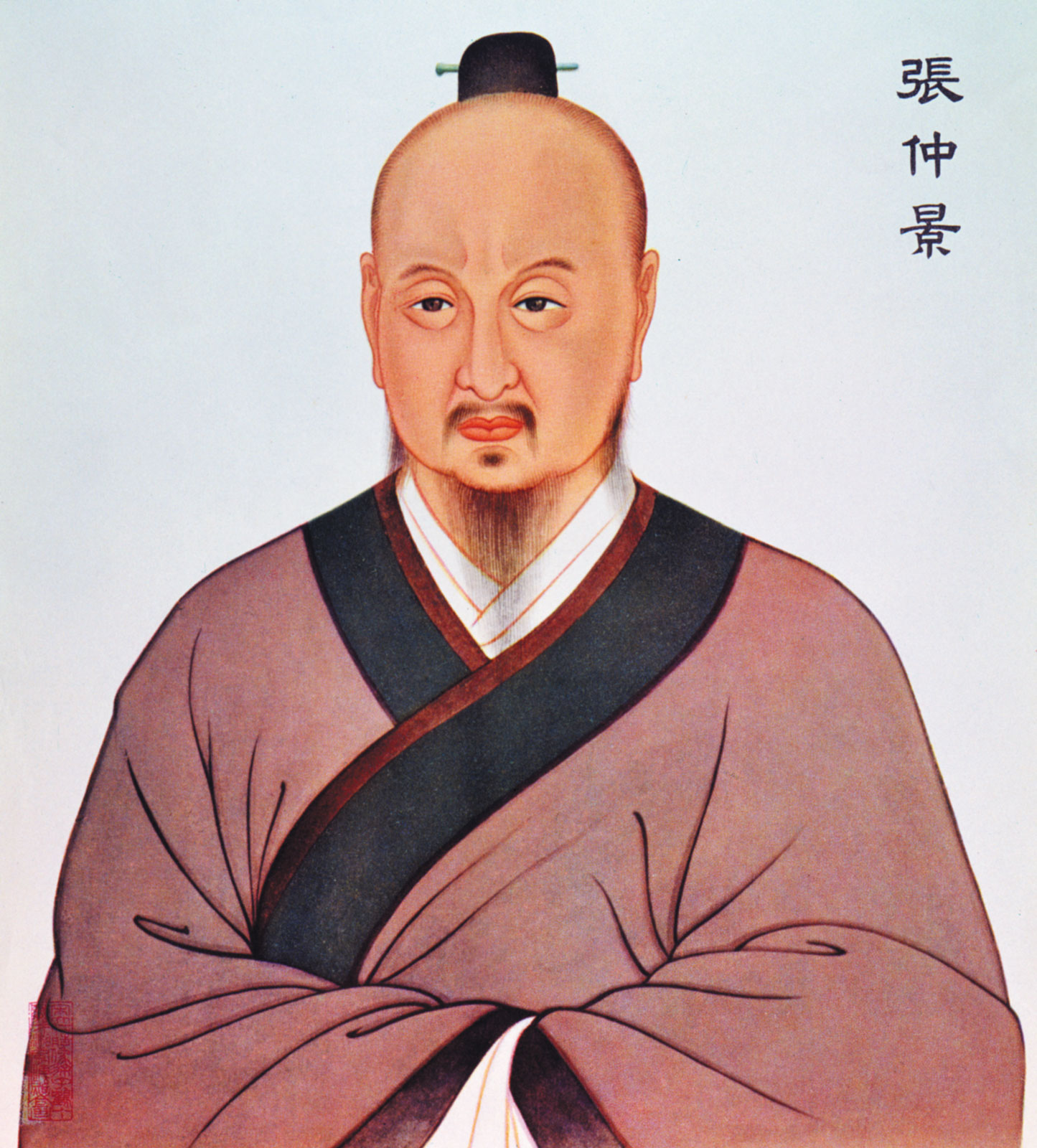 A well-known physician during the Han Dynasty, he wrote the oldest clinical textbook in the history of medicine. 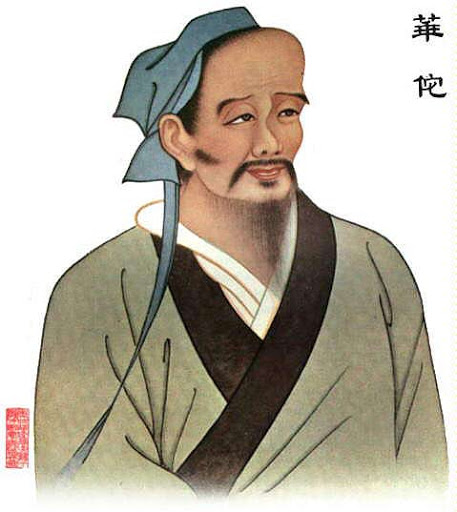 Also well known during the Han Dynasty, Hua Tuo is regarded as the first surgeon in China. 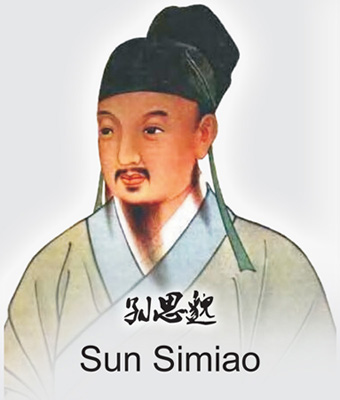 Chinese physician and writer during the Sui and Tang Dynasties 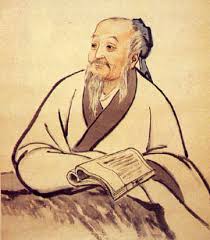 More of a great scholar than a physician, Tao Hongjing devoted his efforts to studying the medicinal properties of herbs. 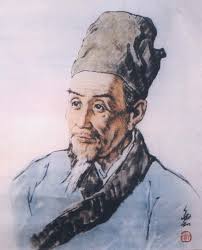 Li Shizhen 李時珍 (1518–1593)  was a physician who practiced multiple disciplines of Chinese medicine during the Ming Dynasty. He is considered to be the greatest scientific naturalist of China, developing innovative methods for the proper classification of herb components and medications. 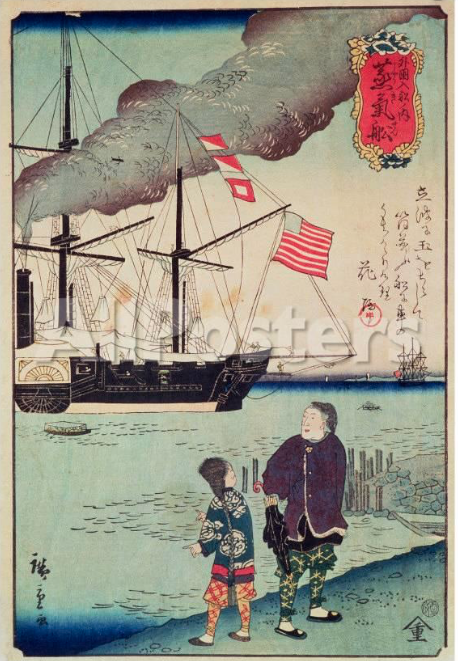 Paul U. Unschuld Professor and Director of the Horst-Goertz Endowment Institute for the Theory, History, and Ethics of Chinese Life Sciences at Charité-Medical University, Berlin.

International Association for the Study of Traditional Asian Medicine