Ethnography is a qualitative research method that comes from the discipline of anthropology; the in-depth study of a culture or a facet of a culture (such as music).

Some aspects of ethnography:

“It is important to remember that ethnography is not ethnography unless it incorporates participant-observation in which the researcher both observes the culture/group/milieu and participates in it to learn more.”  (Thanks to Simon Fraser University Library for this quote.)

What is ethnology? How does it compare to ethnography?

: a branch of cultural anthropology dealing chiefly with the comparative and analytical study of cultures

Ethnology is the systematic collection, comparison, and contrast of ethnographies. So ethnography is specific, ethnology is generic. A person writes or collects ethnographies, while ethnology is a specific academic discipline, a branch of cultural anthropology.

Use either 'ethnography' OR 'ethnology' in combination with the name of the people you're researching or the geographic region in which they live.

Use truncation symbol (*) in case either term has been pluralized

How do I find an ethnography?

How do you know what you find is actually an ethnography?

You won't until you look at it. Remember that many ethnographies do not have the word “ethnography” in their titles.

There are several approaches to finding ethnographies; each depending on your knowledge or comfort level with the course material. 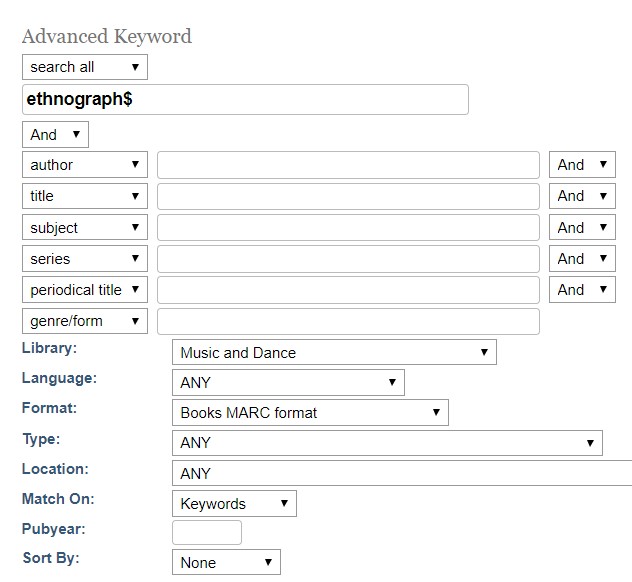 How do I find the SUBJECT "ethnology"? 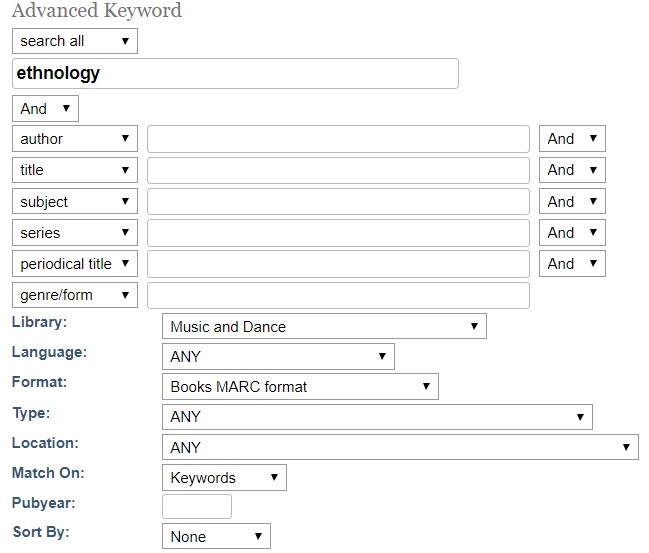