The Walt Whitman Collection: About 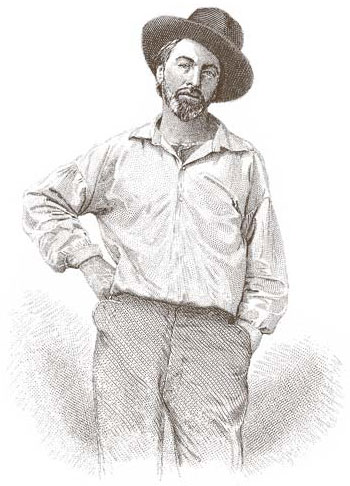 Walter “Walt” Whitman (1819–1892) is considered by some to be the most influential poet of the United States. Born on Long Island in New York, Whitman is said to have invented contemporary American literature by abandoning the rigid, metrical structures of European poetry, developing an expansionist free verse style. Whitman was a poet, an essayist, and a journalist, but his most famous work is his collection of poetry, Leaves of Grass, which he continued to edit and revise until his death.

About the Walt Whitman Collection

The Walt Whitman Collection at BYU contains a rich array of printed material by and about this important American poet. Its holdings include rare early editions of Whitman’s poetry and prose, including issues of periodicals which published his work. Special Collections also continues to collect modern editions of Whitman’s writing, along with secondary resources like biography and criticism, reference works, and other printed works illustrating Whitman’s legacy in modern culture.

Along with Louisa May Alcott and Herman Melville, Walt Whitman was selected by BYU to be one of the three American literary figures for which the library would form an in-depth collection. BYU actively seeks to acquire all editions of works by Walt Whitman, as well as secondary works about him, including biographies and criticism. The various editions of Leaves of Grass housed in the collection comprise a publishing history in and of themselves.