*Note: Alabama is currently in the process of completing an online database in 2020. A limited number of scans are available on the Library of Congress' Chronicling America database.

*Note: Arkansas does not have an official online registry. A limited number of state newspapers are stored on the Chronicling America database.

District of Columbia Newspapers at Chronicling America
Library of Congress

Note: Massachusetts also does not have a central database. A limited number of papers on the Library of Congress site which is linked first, and the second link contains a blog has a list of local resources, some of which are available online.

Note: New Hampshire's central database is only accessible by phone call or email, and access will require payment for specific digitized resources.

Note: Rhode Island does not have a central database, nor are files stored on the Chronicling America database. This link provides any available local resources for newspapers that have been digitized by separate parties.

Note: Starting in 2015, as part of the National Digital Newspaper Program, Wisconsin Department of Public Instruction began to upload digitized papers to the Chronicling America database, but the process is not complete. 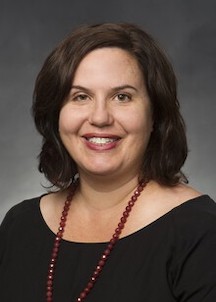 The BYU Library subscribes to The New York Times online edition so you can have daily access to national and international news. Follow these simple instructions to create an account at nytimes.com.