Thoinot Arbeau is the anagrammatic pen name of French cleric Jehan Tabourot (March 17, 1520 – July 23, 1595). Tabourot is most famous for his Orchésographie, a study of late sixteenth-century French Renaissance social dance.

Fabritio Caroso da Sermoneta (1526/1535 – 1605/1620) was an Italian Renaissance dancing master and a composer or transcriber of dance music.

John Playford (1623–1686/7) was a London bookseller, publisher, and minor composer, who published books on music theory, instruction books for several instruments, and is best known today for his publication of The English Dancing Master in 1651.

Jean-Baptiste Lully born Giovanni Battista Lulli, (1632 – 1687) was an Italian-born French composer, instrumentalist, and dancer who spent most of his life working in the court of Louis XIV of France. He is considered a master of the French Baroque style.

John Weaver (July 21, 1673 – September 24, 1760), English dancer and choreographer and is commonly known as the father of English pantomime.

Pierre Rameau (1674–1748), French dancing master to Elisabetta Farnese, and the author of two books that now provide us with valuable information about Baroque dance.

Jean-Georges Noverre (29 April 1727  – 19 October 1810) was a French dancer and balletmaster, and is generally considered the creator of ballet d'action, a precursor of the narrative ballets of the 19th century. His birthday is now observed as International Dance Day.

Charles-Louis Didelot (28 March 1767 - 7 November 1837) was a French dancer, the creator of the ballet shoes and choreographer.

Jean Coralli (1779–1854), French dancer and choreographer and later held the esteemed post of First Balletmaster of the Paris Opera Ballet. He is best known for the creation of the Romantic ballet Giselle which he choreographed in tandem with another French dancer, Jules Perrot.

Carlo Blasis (4 November 1797 – 15 January 1878) was an Italian dancer, choreographer and dance theoretician who is well known for his very rigorous dance classes.

Marie Taglioni, Comtesse de Voisins (23 April 1804 – 22 April 1884) was an Italian ballet dancer of the Romantic ballet era, a central figure in the history of European dance. 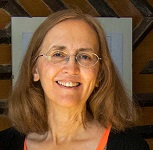